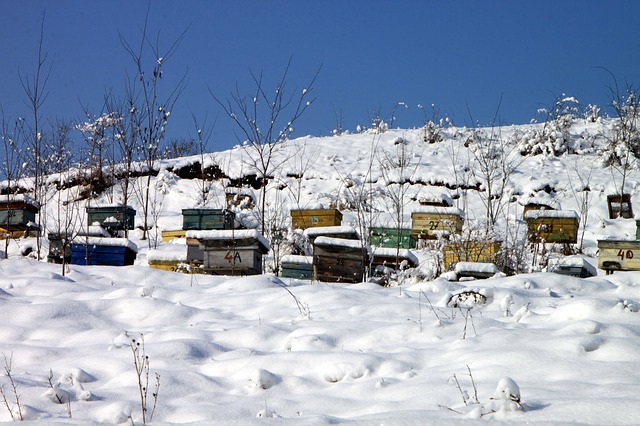 As the New Year beckons I am sure we all fervently hope that 2021 is a better year than 2020 when, hopefully, Covid retreats enough for us to resume our normal activities.

The one positive result from Covid keeping us away from face to face contact has been the explosion of webinars and zoom talks about beekeeping that we have all had access to. It has been wonderful to hear from beekeeping ‘experts’ around the country who have been sharing insights and information about beekeeping and related topics. I always learn something new, or am reminded of something I have forgotten.

Dave Goulson, whose main interest is bumblebees, and who has written several fascinating books on the subject, recently gave an interesting, if somewhat depressing, lecture on the decline of pollinators resulting from the frantic activities which destroy our natural environment ranging from destructive farming practices to our continued use of pesticides and the global spread of invasive species.

The average UK farmer apparently uses 17 different pesticides a year. He also pointed out that Vets are recommending the monthly application of an anti-flea preparation through putting a few drops onto your cat or dogs’ neck. This preparation contains a neonicotinoid - Imidocloprid, which gets washed into the water systems across the country whenever pet bedding gets washed, or the dog gets wet on walks, or when swimming in lakes or rivers. He pointed out that there is no need to treat pets for fleas unless they actually have them - the equivalent would be us taking daily antibiotics - just in case… Washing pet bedding frequently and vacuuming carpets and soft furnishings will control most infestations.

BIBBA recently published a copy on line of a fascinating and very detailed experiment charting winter temperatures in the hive, conducted more than 100 years ago. Apart from the detailed precision of the experiments, remarkable for that time period, what was fascinating was the description of the winter cluster, so I thought it worth quoting in full;

“The nearly spherical cluster of bees consists, between the combs and sometimes above or below them, of an outer shell of bees close together with their heads toward the center. This ring may be several layers thick. The position with the heads inward is typical, except when condensed moisture drops on the cluster as it often does in cool weather, when the bees at the top turn so that their heads are upward. The bees in this outer shell are quiet except for an occasional shifting of position. Inside this rather definite shell the bees between the combs are not so close together nor are they headed in any one way.
Considerable movement, such as walking, moving the abdomen from side to side, and rapid fanning of the wings, takes place inside the sphere and when a bee becomes unusually active the adjoining bees move away, leaving an open space in which it can move freely. Two bees may often be seen tugging at each other. In addition to the bees between the combs, placed as above described, others are in the empty cells of the comb on which the cluster is always formed, always with their heads in.”

The observation from this detailed experiment was that the temperatures within the hive varied greatly and depended both on outside temperature and whether there was brood or not. Clustering only occurred at temperatures below 13°C (57°F), at higher temperatures the bees were fairly inert although not clustered and therefore consumed only a little of their stores, but if they were disturbed, or agitated by poor food which gave them diarrhea, they moved about a great deal, apparently agitated by gut disturbance and the presence of faeces in the hive. This meant they also consumed more of their winter stores.

The lesson is therefore not to disturb your bees in winter and, if possible, ensure that they overwinter on their own stores collected during times of plenty during the year which contain a balanced nutrition.
Nosema of course also results in ‘gut disturbance’ and would have the similar effect of causing the bees to become agitated and result in them moving about and consuming more stores.